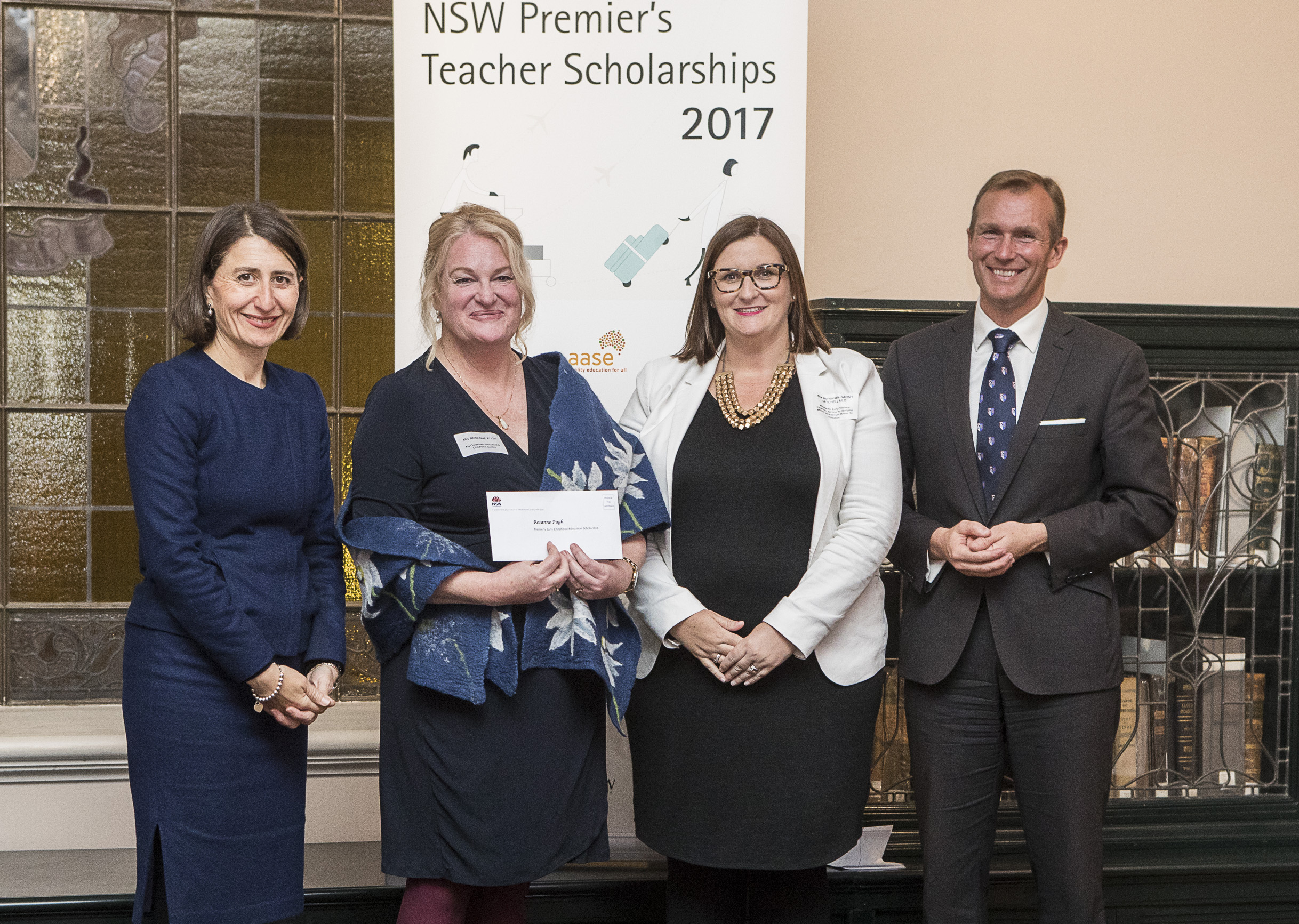 “The Leadership Award recognises Rosanne’s contribution as an educator-researcher and advocate for navigating and repositioning teaching beyond the built boundaries of conventional classrooms,” said KU Children’s Services CEO, Christine Legg.

“Rosanne has made a national and international contribution to extending academic outcomes for Primary Schools and has enlivened the debate on optimal environments for learning in early childhood settings,” said Christine.

As the Director and Educational Leader at KU Ourimbah, Rosanne is passionate about education delivered in natural landscapes. This is evident in KU Ourimbah’s educational program, where children are immersed in nature, allowing them to connect with the natural world.

“My role as Educational Leader at KU Ourimbah aligns with the momentum to realise the benefits of Education for Sustainability. Our partnerships between educators and academics supports new perspectives on the place of play as conduit to learning and the release of learning potential through education delivered in natural landscapes,” said Rosanne.

The ACEL Leadership Award is the second award Rosanne has won this year, after winning the 2017 NSW Premier's Early Childhood Education Scholarship at the NSW Premier’s Teacher Scholarships last month.

The scholarship will enable Rosanne to take part in a month-long study tour across Australia and New Zealand, where she will visit highly regarded early childhood services to examine excellent practice in Sustainability and/or Reconciliation.

Rosanne will be presented with the ACEL Leadership Award at the 2017 ACEL National Conference in Sydney on Thursday 5 October.