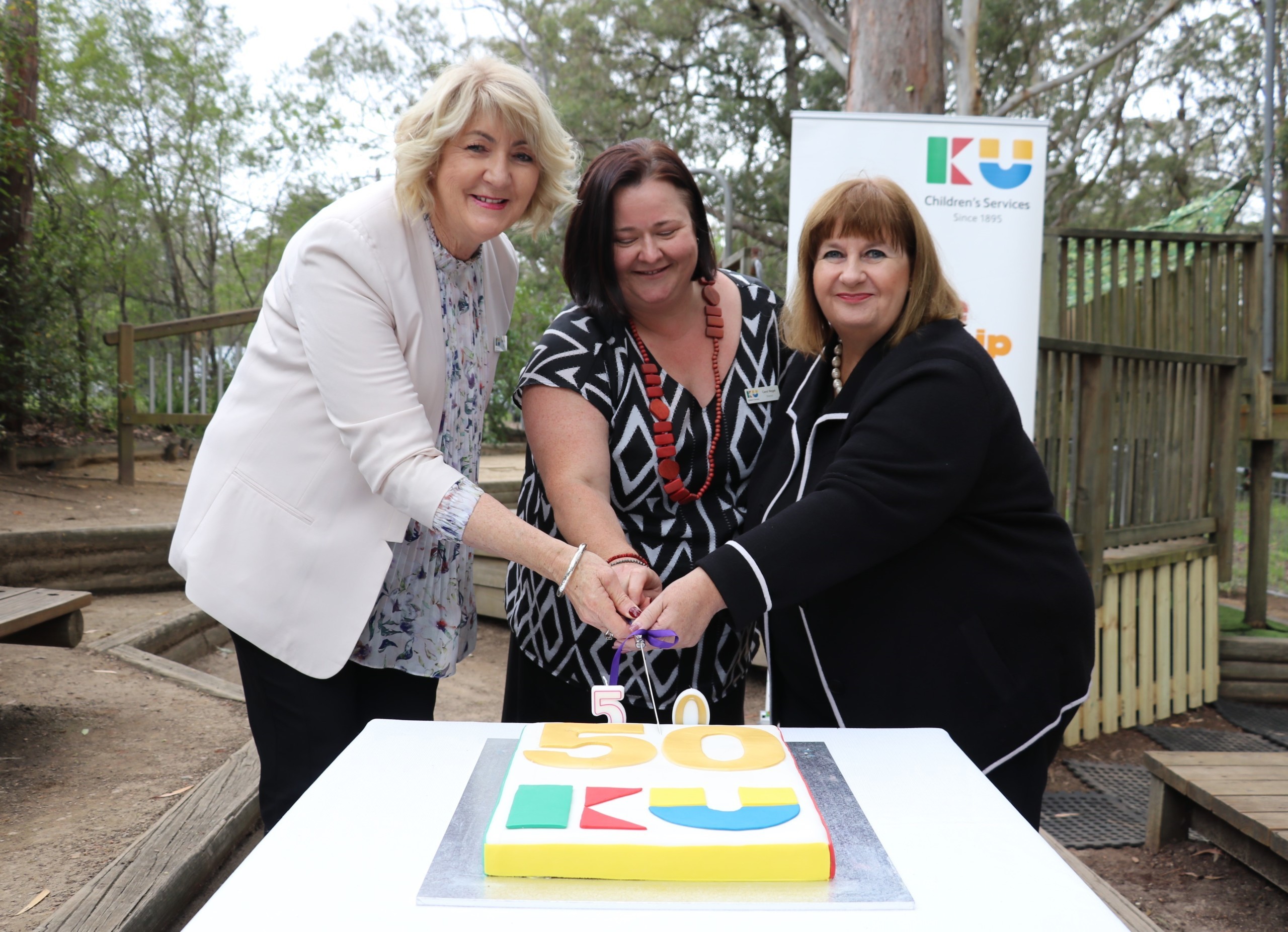 KU Fox Valley Preschool in Wahroonga has celebrated their 50th anniversary of providing quality early childhood education and care to local families by celebrating 50 years under the trees at a community event on Wednesday 24 October.

The celebrations were attended by Mayor of Ku-Ring-Gai, Jennifer Anderson, and KU Children’s Services CEO, Christine Legg, who both gave speeches, as well as over 200 current and former children, families and staff connected with the preschool. Proudly this included guests involved in founding the centre in 1968, those involved in committing the 1998 time capsule which was on display, and preschool alumni from over the years, including Sydney Symphony Orchestra CEO, Emma Dunch.

“A group of young families decided in 1960 to establish this preschool. Sheer determination and hard work brought this to fruition and has in turn created a lasting legacy. This sense of community connectedness and shared values are evident in the superb stewardship that the staff and families over the years have shown in caring for the preschool,” said KU Fox Valley Director, Carol Nagel.

The unveiling of the time capsule and a historical display including a movie reel, photos, plans and artefacts reflected the history of the centre. Contents for the 2018 time capsule were also shared including a hand printed flag bunting of the current children and a copy of the centre’s 2018 Reconciliation Action Plan, which was launched at the event.

“There were activities for the children including insect discoveries with Bug About, run by past 1988 preschool attendee Steve Cross, and planting potted colour with Mitchell from Bunnings Thornleigh, who also gifted us a lemon myrtle tree to commemorate the event” Carol shared.

Adults were able to view the historical display as well as share their memories in a memory book which will be added to the sentiments expressed by guests when they RSVP’d and were asked what they treasured about KU Fox Valley.