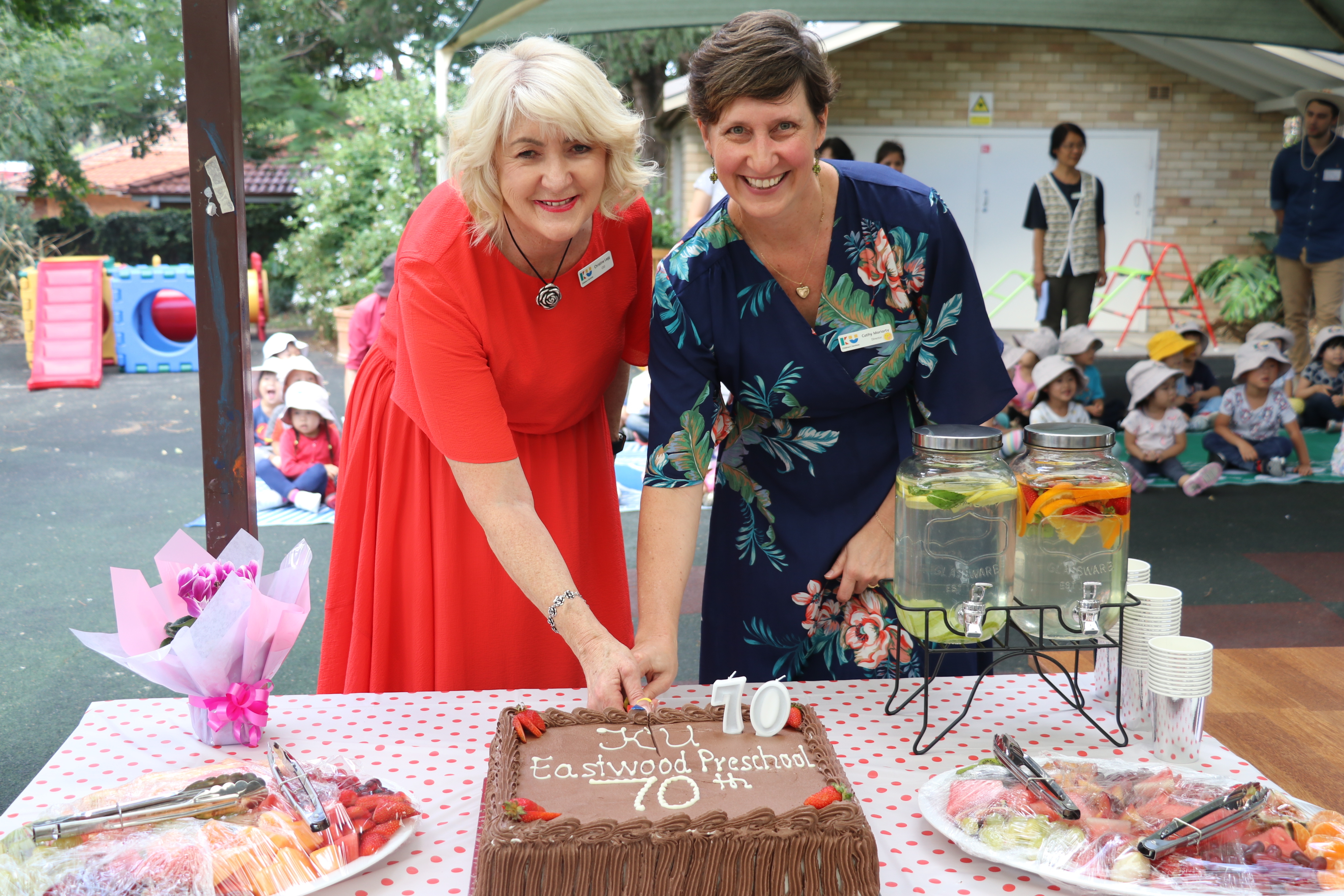 KU Eastwood Preschool has celebrated their 70th anniversary of providing quality early childhood education and care to local families by holding a community event this week.

The special event was attended by children, families and staff from KU Eastwood, as well as two former students from the preschool.

“We had a wonderful time celebrating our 70th anniversary. It was particularly special having two former students attend the celebrations, both of whom attended KU Eastwood Preschool 70 years ago when the centre first opened in 1948,” said KU Eastwood Acting Director, Cathy Moriarty.

The celebrations included speeches, afternoon tea, a display of historic photos and a gross motor circuit for the children.

“The children sung ‘Happy Birthday’ to the preschool before signing ‘Twinkle, Twinkle, Little Star’ in Mandarin, which is in line with our commitment towards acknowledging and celebrating the diversity that exists within our local community,” said Cathy.

As part of the celebrations, the children also presented the CEO of KU Children's Services, Christine Legg, with a mosaic they recently created commemorating the preschool’s 70th anniversary.

“It was lovely to recognise this special milestone with our children, families, staff and local community, who have played an important role in the history of our preschool and have helped make KU Eastwood the centre it is today.”