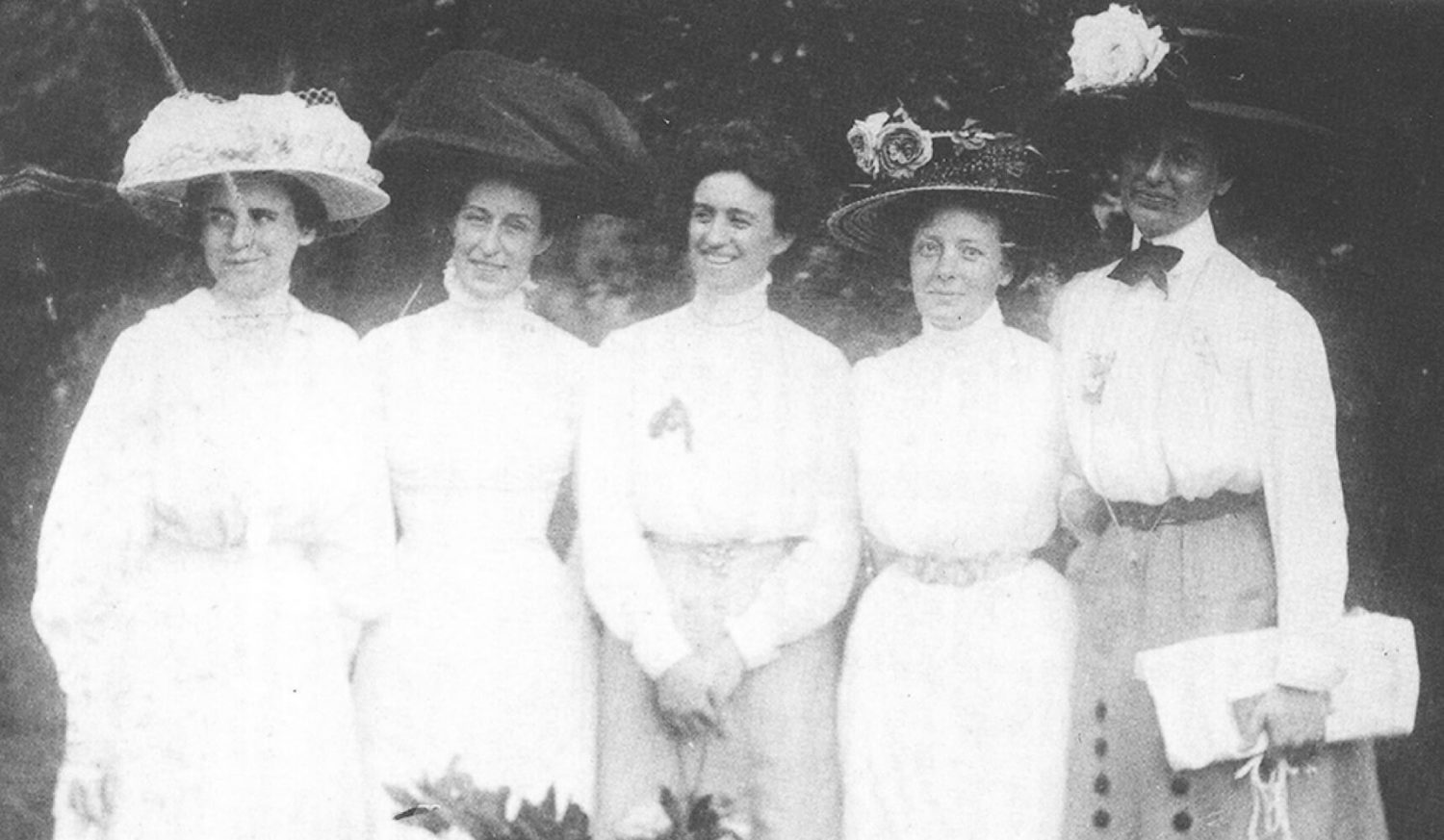 From its inception the Kindergarten Union “cherished the idea of training teachers”. As the Woolloomooloo Free Kindergarten opens (1896) the staff train three afternoons a week in a makeshift classroom above the kindergarten. The Union tries, mostly unsuccessfully, to attract student teachers who would also assist in the Kindergarten, by offering them free tuition. Anderson laments however “to most people a kindergartener was merely a glorified nursemaid, because as everyone knows, or at least knew then, ‘anybody can mind a baby.’”

The adherence of the Director, Scheer, to the “old German method” of kindergarten may also have hampered the attraction of students. Consisting mainly of learning Fröebelian ‘occupations’ such as weaving, pricking and embossing, these practices are later labelled “most impractical and useless”. Dane (a volunteer at Woolloomooloo Kindergarten) recounts how this training strains her eyes, hands and patience, and how the children also find these practices frustrating: “It really seemed in those days as though all the occupations were devised and planned simply and solely with the one idea of testing the endurance of both teachers and children to the very utmost.”

As Miss Buckey replaces Scheer as the Director, teacher preparation is systematised and a regular three-year course of training for Kindergarten teachers is instituted, including a focus on child development. In 1899, The Resident Training Centre moves from the rooms above the Woolloomooloo Kindergarten, to 17 Roslyn Gardens, Elizabeth Bay. This location also houses a kindergarten, primary school and student residences (Froebel House). The residence contributes a sense of “intimate association with the Principal”, and supports the enrolment of live-in students from the country.

In 1902, Buckey resigns due to ill-health and Frances Newton becomes the Principal of the newly named Sydney Kindergarten Training College (SKTC). Student numbers increase. In 1903, Elizabeth Jenkins joins to assist in the College, with Margaret Arnold (later Newman) joining in 1905. Both women are from America and Newman subsequently serves as SKTC Principal. As Principal, Newman introduces a child-centred curriculum focused on understanding the child’s point of view, and based in holistic understandings of the child, including consideration of the social, economic and political circumstances affecting them. The first Australian Principal of the college Harriet Dumolo, takes up her position (first as Acting Principal) in 1911. To ensure the SKTC is self-supporting, the introduction of student fees is proposed.

This has the effect of excluding students unable to pay, so Mrs Stanger Leathes establishes a resident bursary to support one ‘needy student’ per year. In 1904, a private Kindergarten is opened at the College contributing much needed income, and ensuring that “students who would possibly be called on to instruct children from well-to-do families, should have experience with such children.”

In 1904, the SKTC Council forms to ensure that the qualifications awarded to graduates will be recognised by the Department of Education. The first Council consists of: two members nominated by Sydney University; two by the Teachers Association; five by the Executive Committee of the Kindergarten Union; and two by the Department of Public Instruction.

In 1904, increasing student numbers necessitate a move to larger premises at 40-42 Roslyn Gardens, then in 1913, the Kindergarten Union purchases the property ‘Hilton’ in Liverpool Street to house the expanding College. In 1925, the College finally moves to 44 Henrietta Street, Waverley where two adjoining properties are purchased – ‘Woodlawn’ which becomes Froebel House and ‘The Bungalow’ which becomes the College classrooms.

In 1951, the Commonwealth recognises the College as an institution for the granting of Commonwealth Scholarships, and in 1971, the Kindergarten Union of NSW establishes an autonomous College Council to govern all matters related to the College. The relationship between the Kindergarten Union of NSW and SKTC remains strong and continues even when, under Federal Government educational reforms, it becomes a College of Advanced Education in 1976