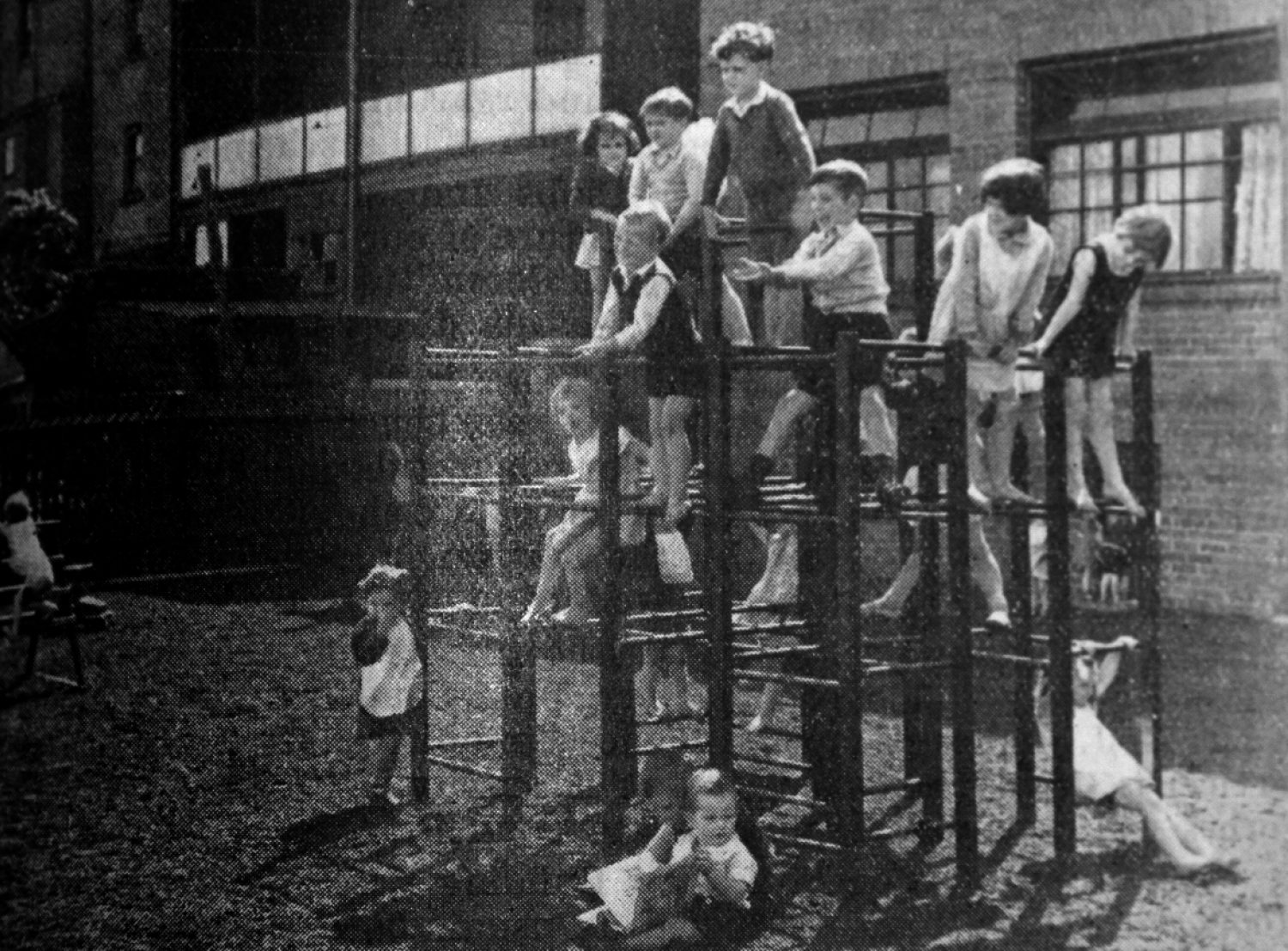 For many years the Kindergarten Union described itself as “administering Kindergartens, Nursery Schools and Playgrounds”. Providing older children with a safe environment for outdoor play fell within the Union’s remit “to make Children’s Playgrounds places of health, occupation and interest...”

“For as soon as I realised, as every teacher does, that the way of the child’s natural development lies through play, I began to think methodically of playgrounds...”
- Maybanke Anderson, The Sydney Morning Herald, November 12, 1913 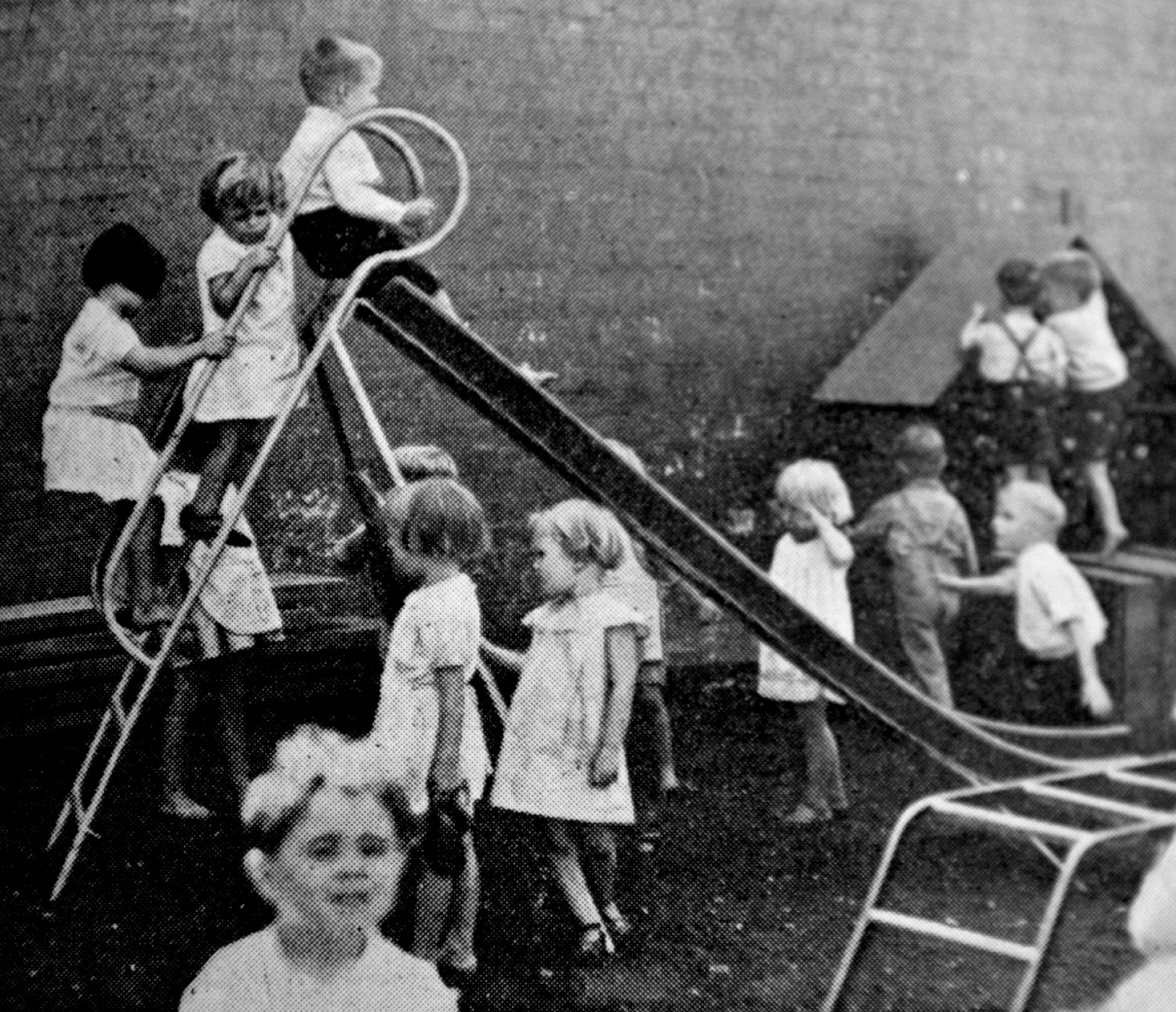 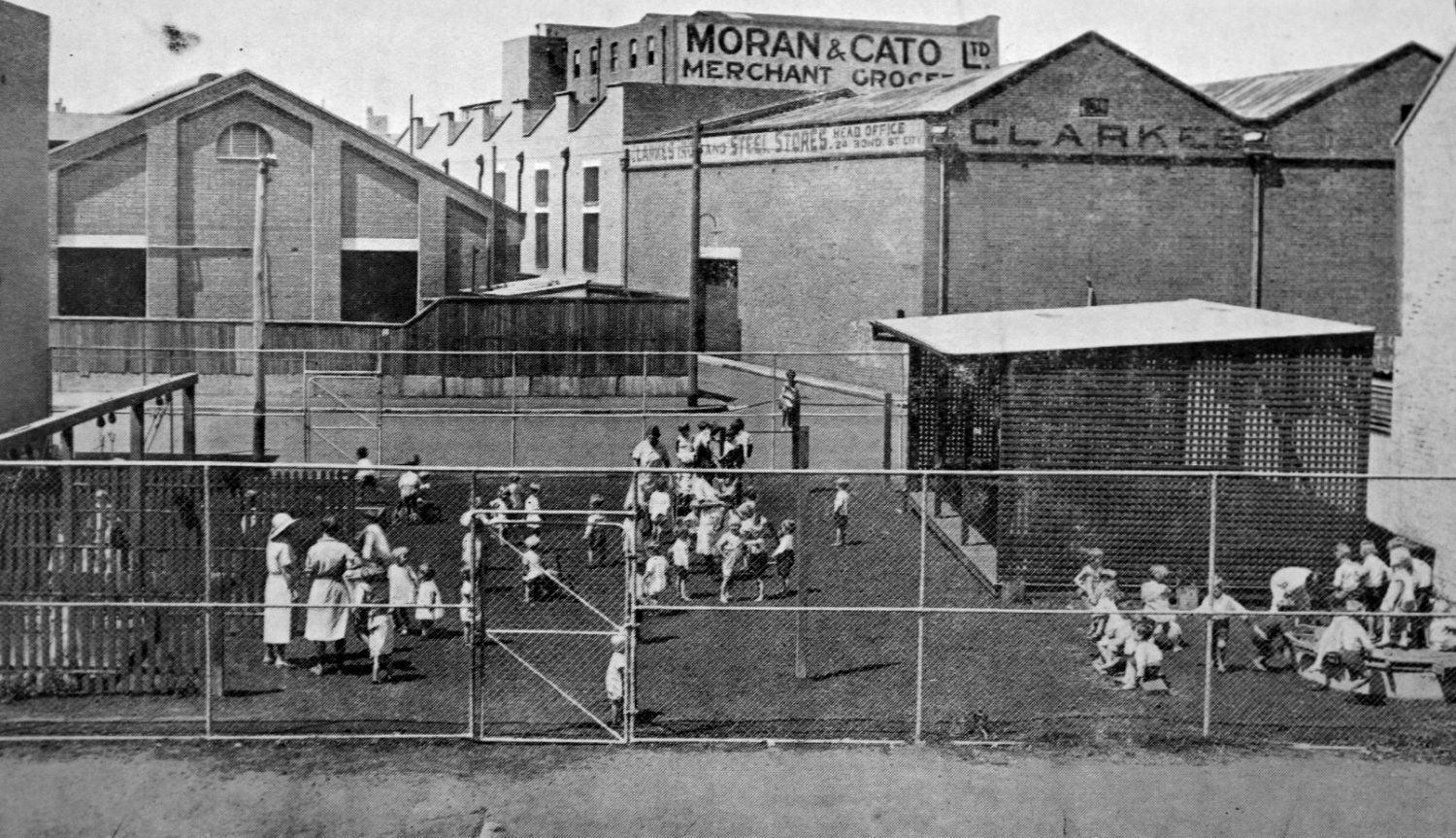 The playgrounds had Kindergarten Union Playground Supervisors who were active in their supervisory role. They were required to attend both theoretical and practical training courses to enhance their work with children. Topics in 1961 included: “Method of teaching tumbling activities to children”; and “The place of puppetry on the playgrounds and its therapeutic value”. Certainly it appears the playgrounds offered some adventure for older children as evident in the following entry in the 1961 Annual Report:

“We were pleased to receive permission from the Maritime Services Board for use of a launching site adjacent to the Domain Baths for the dinghy constructed and sailed by children from Woolloomooloo Playground, under the supervision of Mrs L. Rose.”

In 1962, the City Council assumed administrative control of the Playgrounds and the reference to playgrounds ceased to be part of the Kindergarten Union’s objectives.