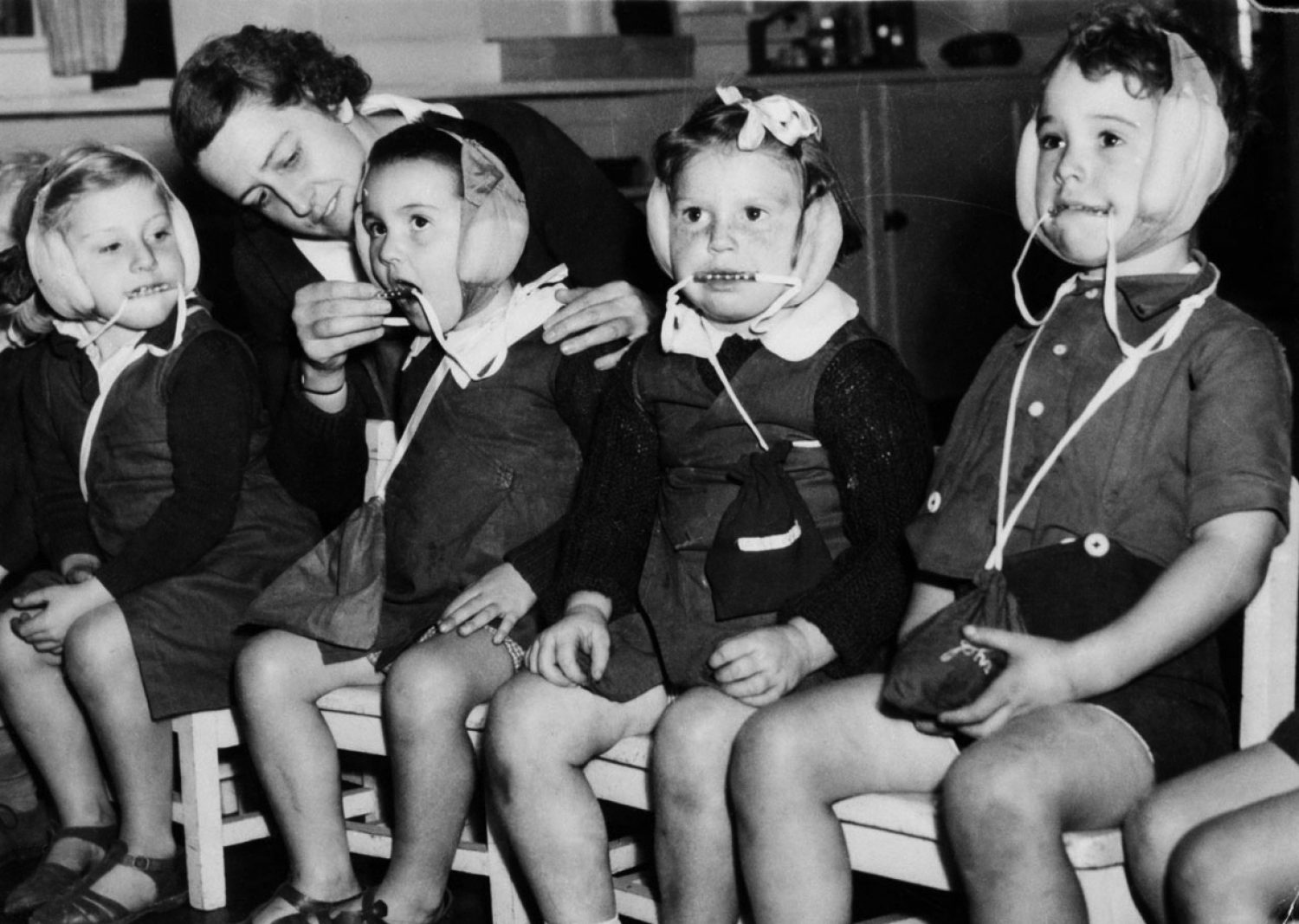 The advent of the Second World War (1939-1945) presents particular challenges to the Kindergarten Union. Some Kindergartens open for longer hours to accommodate the needs of mothers who are now encouraged into paid employment as part of the war effort. In addition, kindergarten staff have to learn Air Raid Precautions (ARP); first aid classes are arranged for staff and parents of kindergartners through the Union’s mothers’ and fathers’ clubs; and in 1940, the Kindergarten and Playground at Moore Park is used as a distribution centre for children evacuated from Britain.

In 1942, 25 children evacuate from Maybanke to the Boree Country Kindergarten at Borenore. Each Kindergarten is also provided with an air raid shelter.

Despite the war, supporters of the Kindergarten Union organise a fun and highly successful fundraising event with the Ginger Meggs Billy Cart Derby in Centennial Park, on May 10 1941. The fundraiser is run by a committee of businessmen under the auspices of Associated Newspapers Ltd and the Sydney Branch of the Apex Club.

Entry is only open to boys aged between ten and fifteen. Firms can enter a sponsored billycart for five guineas and there is an Unsponsored Schoolboy section for which entry is five shillings. The day after entries are meant to close, several businessmen pay the entry fee for the limited number of participants allowed in the Unsponsored section and special arrangements are made to transport Billycarts to Centennial Park. This keeps staff at the Kindergarten Union busy with a last minute rush of entries.

The creator of Ginger Meggs, Mr J. C. Bancks, attends the day and presents the Champion Cup. First prize is a bicycle for the winning boy and an outfit for his mother, second prize is a camera, and third prize an open order for three guineas.

For many years the Kindergarten Union raises money through running Tea Rooms for workers in the city, and for a short time, a cafeteria at the Teachers’ College at Sydney University. The revenue of the Tea Rooms is supplemented by a Business Men’s Auxiliary Sandwich Shop at 66 Druitt Street.

Originally run by volunteer labour, the Tea Rooms eventually has to employ staff and pay wages. As time progresses they face increasing competition from restaurants opening in the city, but for many years they successfully contribute to Kindergarten Union funds. At their height, the Tea Rooms are very busy with 79,527 meals served at the Royal Exchange Tea Rooms in 1949 and 100,253 meals served in 1951.

The Tea Rooms come to an end when the Royal Exchange Building is demolished in 1964.

Throughout various periods, Kindergarten Union staff and students from the Sydney Kindergarten Teachers College are called upon to sell badges as fundraisers. These later become collector items.

The Samuel Cohen Kindergarten for the Deaf

In 1945, the Samuel Cohen Kindergarten for the Deaf opens, the first kindergarten of its type in Australia. Its Director is a trained kindergarten worker and speech therapist. The Acoustic Research Laboratory at Sydney University conducts hearing tests and fits children with hearing aids. An estimated 180 children aged four had been born deaf in NSW due to a German measles epidemic some years earlier. While the Kindergarten Union venture is applauded, many decry the lack of other available facilities for the education of deaf children. 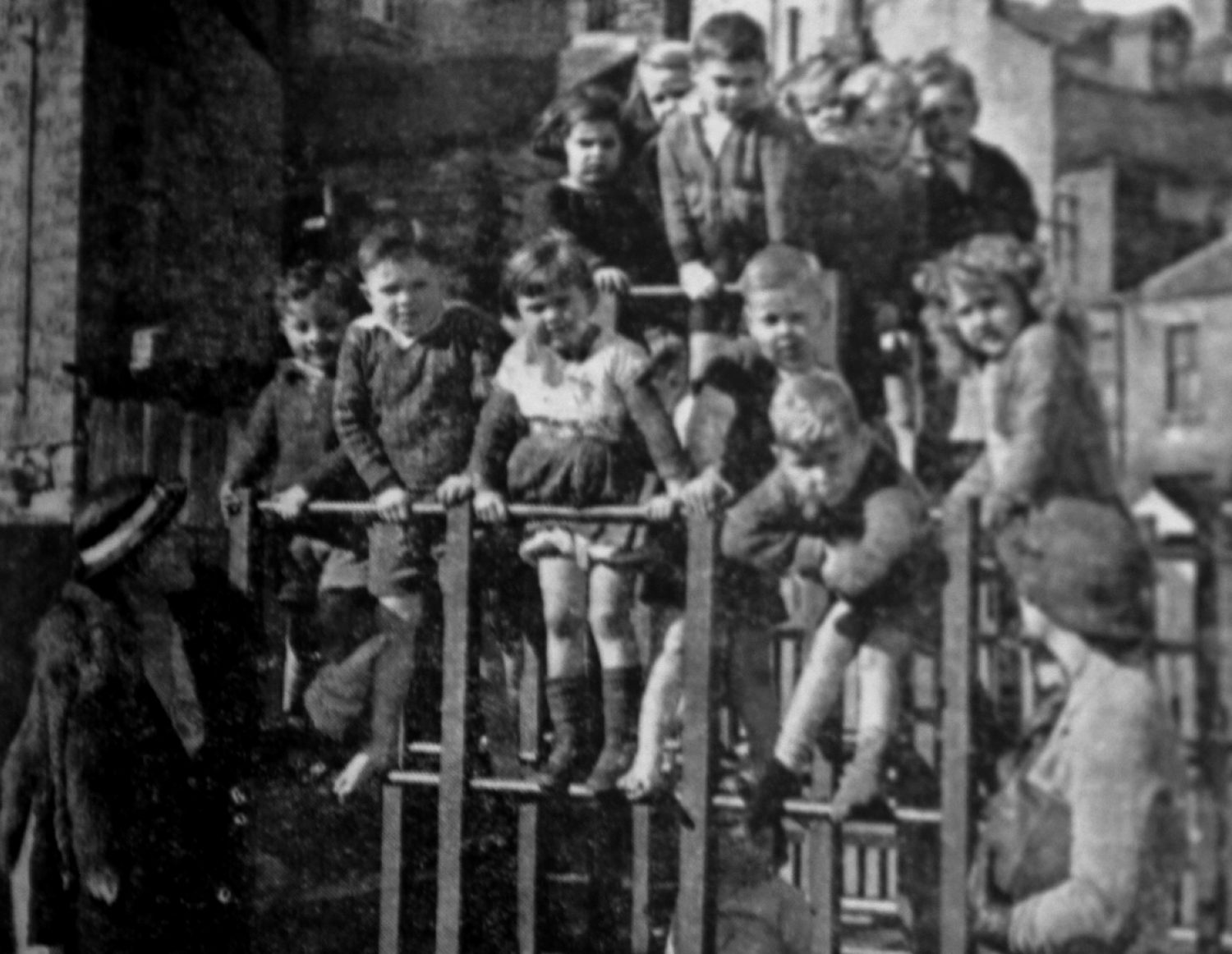